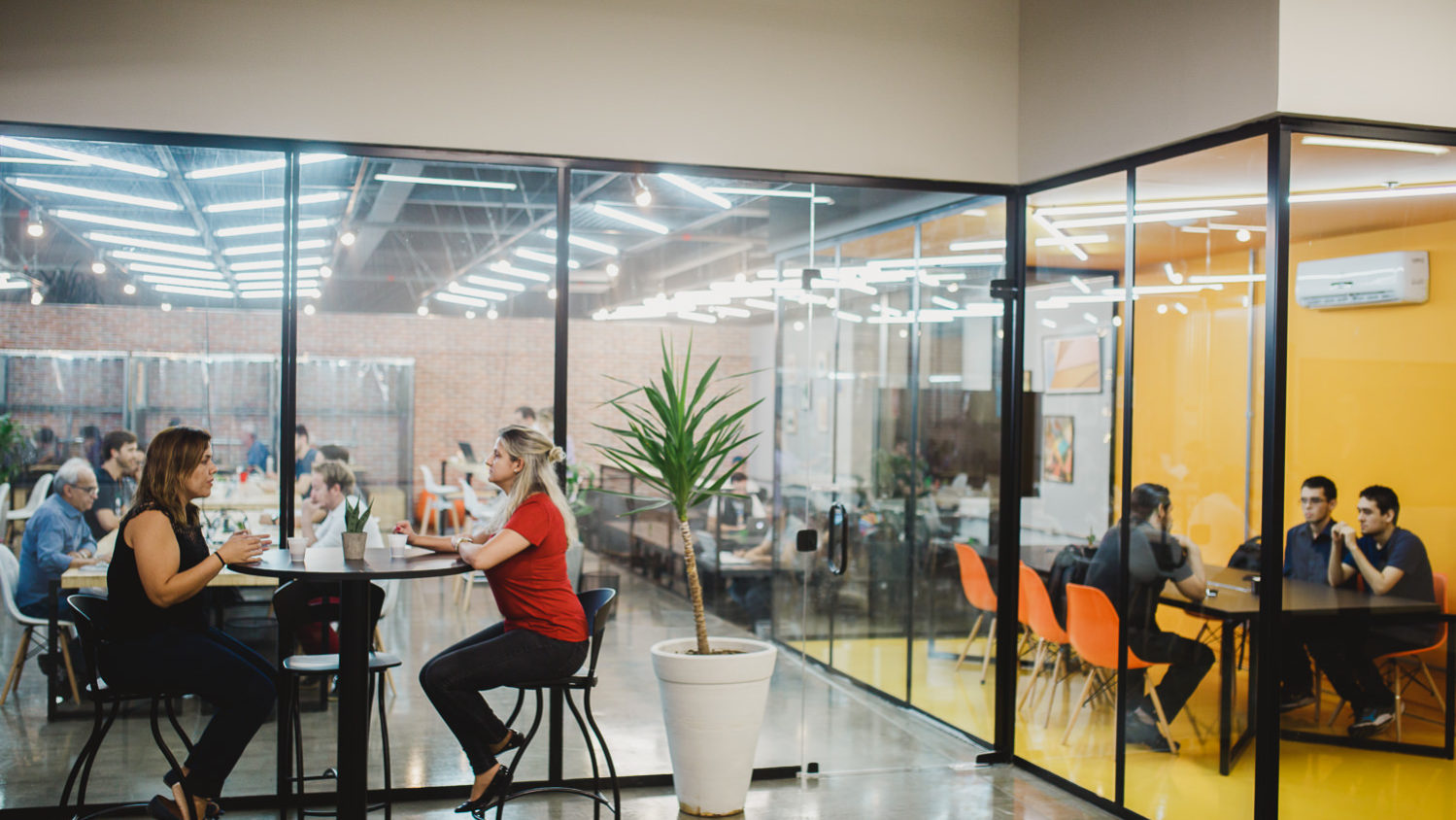 For 16 years, the hub has been assisting companies of all sizes

Nexus is the São José dos Campos Technology Park innovation hub, and it consolidates the Park’s 16-year expertise in assisting and mentoring startups.

The name Nexus was given because it means an important connection between parts or among a group of things, which is in line with its core activities. Nexus is an environment dedicated to the connection among startups, small, medium-sized and large companies, investors and educational institutions, with acceleration and incubation programs following startups from ideation to traction and escalation, as well as activities that encourage open innovation and connect all players in the ecosystem.

The hub offers mentoring and training and networking events to the nearly 70 currently residing startups. For them, we offer a coworking space with 54 workstations and 21 rooms of various sizes.

The results are impressive. Brands such as Magazine Luiza, Suzano, Embraer, GM, among others, use solutions created by startups that came from Nexus. From 2019 to 2020, the startups received over R$ 10 million in investments: R$ 5.2 mi in angel investment and R$ 5.75 mi in Venture Capital funding.

Nexus comprises different programs aimed at different entrepreneurship stages and profiles. Nexus Labs is the first step for entrepreneurs who wish to take their ideas off the drawing board; Nexus Growth consolidates the business model, with an accelerator and incubator – which welcome both startups that innovate in technology and those with innovative business models; and Nexus Scale Up, is dedicated to startups in traction and scaling stages.

There are over 30 thousand m2 in four Corporate Centers and a 300-m2 coworking space with 56 workstations. But the benefits of being in the Technology Park are far greater than the physical space: the synergistic environment of innovation and entrepreneurship includes various initiatives that encourage partnerships and new business.

Our programs assist companies of various profiles. Nexus Scale Up is for companies and startups in traction and scaling stages; Nexus RD&I focuses on consolidated companies that wish to have their research, development and innovation center in the Technology Park, and Nexus Base assists service providers that want to connect to TechPark companies.

The concept that would later become Nexus started to be formed in 2005, with what was then called a “business incubator” – a synergistic environment that promoted technology development, like traditional incubators, and that also focused on business development, like accelerators. The motto was taking ideas off the drawing board.

The purpose of supporting the development of ideas and projects has taken shape over time and the Technology Park started to welcome more and more projects and companies with different trajectories and concepts, with specific needs. One sole working method was no longer enough to meet such different needs.

In view of that, Nexus was established in February 2018 as an innovation hub with a proprietary methodology for the development of startups and companies.